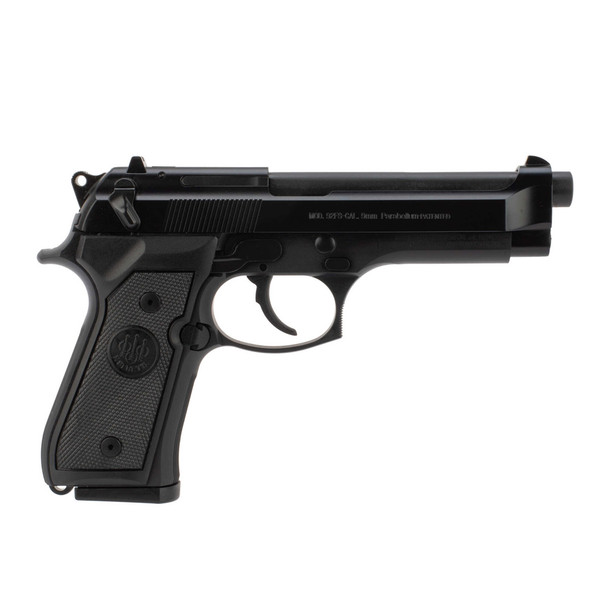 The BERETTA 92FS Semi-Automatic Pistol has a 4.9 inch barrel, and includes two 10-round magazines. The 92FS is a traditional double action/single action pistol. The first trigger pull is a double action pull, which is engineered to be around 12lbs from the factory.

When the Beretta 92FS fires, the action of the slide cycling cocks the hammer, changing the trigger pull to crisp single action pull in the 4 pound range. That means a shooter gets one heavy trigger pull, and 14 amazing trigger pulls. Compared to most striker fired guns where you have to deal with 15 or 17 gritty trigger pulls, that's quite an improvement.

When you're done shooting the Beretta 92FS, just move the slide-mounted safety lever down to mechanically decock the pistol safely. Push it back up and you're ready to fire again. The Beretta 92FS is designed to be carried with the hammer decocked (down) on a live round with the safety off, which is how the US Air Force's Security Forces carry their M9 pistols.