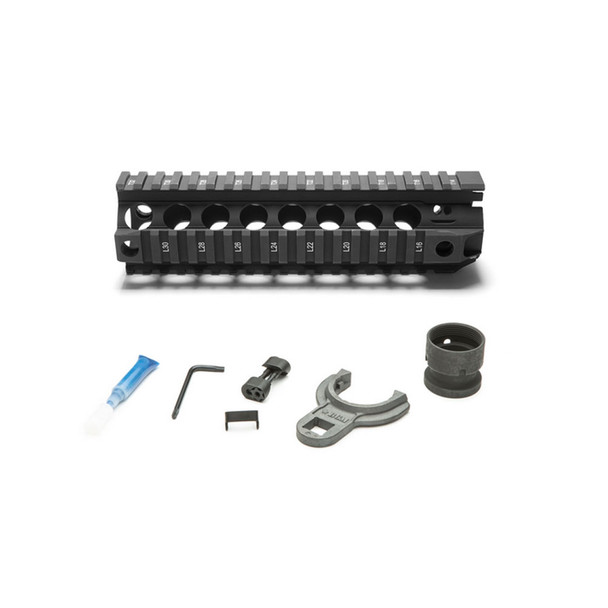 This proprietary patented mounting system (US Patent 8904691), includes a mechanical index to the 12:00 rail and positions mounting hardware to mitigate the movement caused by heat generated by the weapon system.

MSRP:
Now: $24.20
Made specifically for rifle barrels that have a 0.750" gas block seatLow-profile design allows for clearance of most aftermarket rails that require a smaller gas blockMachined from 4140 pre-hardened...

MSRP:
Now: $45.00
Made of 4140 Heat Treated SteelIncludes Knurled Set ScrewsReady to be pinnedDesigned to Sit on the Gas Journal Shoulder Sons of Liberty's V2 gas blocks are the highest quality gas block on the...

MSRP:
Now: $55.40
Retention level: 1Ventilated genuine leather backingIWB carry (Inside the Waistband)Red Dot compatibleMade in ItalyCompatibility: All APX A1 types Inside the Waist Band holster (IWB) with 1 Clip for...