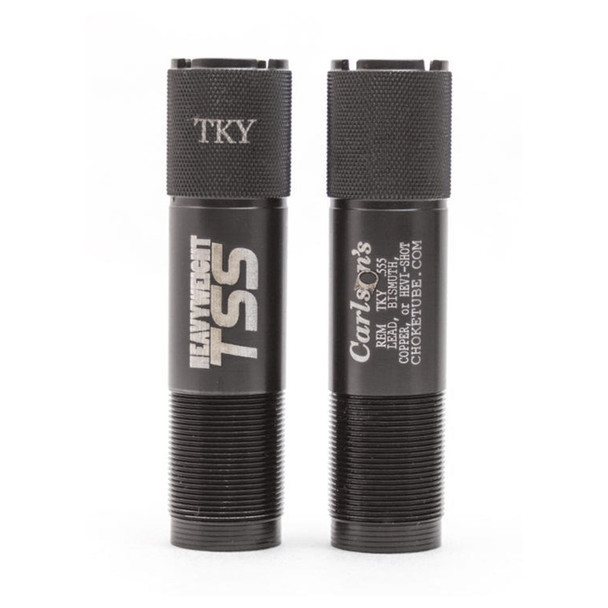 Carlson's TSS Turkey Choke Tubes are optimized for Federal Premium Heavyweight TSS Turkey Loads but also work exceptionally well with other manufacturer's turkey ammunition (Smaller shot size 7-9). The Federal Premium's Heavyweight TSS Turkey Load has an incredibly high pellet count in both 7 and 9 shot, along with the ability to carry energy further, makes them ideal for 12 and 20 ga. Tungsten Super Shot (TSS) has a 22% heavier density than heavyweight shot and a 56% heavier density than traditional lead shot. It puts the maximum amount of pellets possible in a 10" circle at 40 yds. The 12- and 20-ga. shells will include the FliteControl Flex wad that gives hunters the ability to shoot any choke tube they prefer. Long-range turkeys don't stand a chance.