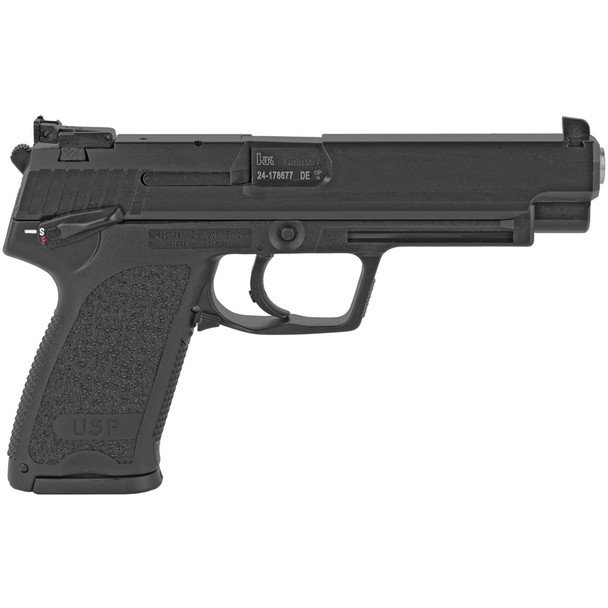 The USP from Heckler & Koch is a favorite of Law Enforcement and Military Forces alike. USP pistols feature a polymer frame strengthened by stainless steel inserts at areas subject to stress and friction. Heckler & Koch originated the use of polymer materials in the production of handguns over 30 years ago.

Additionally, the USP recoil reduction system is insensitive to ammunition types and require no special adjustment or maintenance. The modular design of the USP's internal components allows the control lever function to be switched to the right side of the pistol for left handed users. USP pistols can withstand the harsh demands that Law Enforcement and Military forces will ask of them. Heckler & Koch is trusted by Law Enforcement and Military forces worldwide through their longstanding tradition of being the world's premier small arms system company.

MSRP:
Now: $769.00
$849.00
Checkered thinline wood grips give shooters an attractive and rock-solid interface with the pistolProviding shooters with a low-profile, yet high-visibility sighting system, the 3-dots of the...