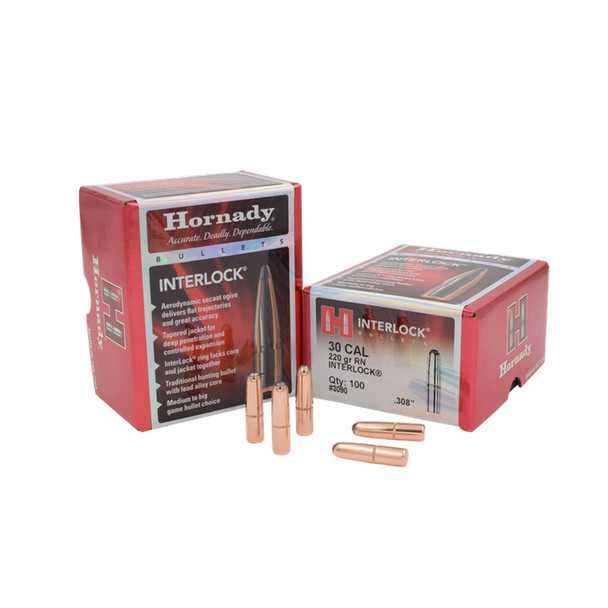 The HORNADY InterLock .30 Cal 180Gr RN Rifle Bullets (3075) feature exposed lead tips for controlled expansion and hard-hitting terminal performance. They feature a pioneering secant ogive design - one of the most ballistically efficient profiles ever developed. The InterLock design - a raised ring inside the jacket that is embedded in the bullet's core that keeps the core and jacket locked together during expansion to retain mass and energy.

MSRP:
Now: $92.03
No proprietary tools for adjustmentLever can be configured to lock to the front or the rearSuperior clamping surface The AD-RMR-SOCOM mini mount was designed to mount the Trijicon RMR to a Picatinny...

MSRP:
Now: $42.56
Inner grooves strategically weaken the upper section of the jacket, ensuring consistent, controlled expansion, even at long rangeTapered jacket thickness is precisely controlled for expansion at all...