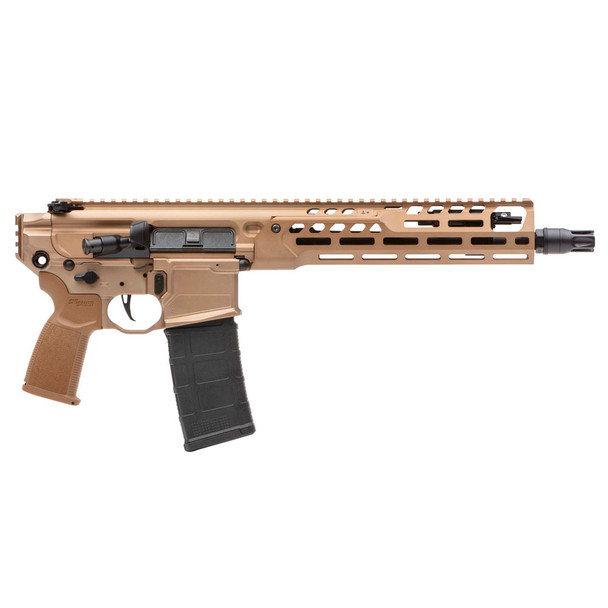 The MCX platform has long been Sig Sauer's breeding ground for developing the best rifle system in the world through extensive testing, continued innovation and customer feedback. Now Sig Sauer introduces the latest evolution with the MCX-SPEAR LT, based on its predecessor the MCX Virtus.

The MCX-SPEAR LT has a lightened handguard with attachment screws for additional rigidity and a lightened profile barrel with improved accuracy. Other features of the MCX-SPEAR LT include an ambidextrous bolt catch and release on its lower, coyote anodized finish, minimalist stock for maximum compact foldability and AR15 style trigger compatibility.

The MCX-SPEAR LT, has once again set the bar for modular weapons technology.