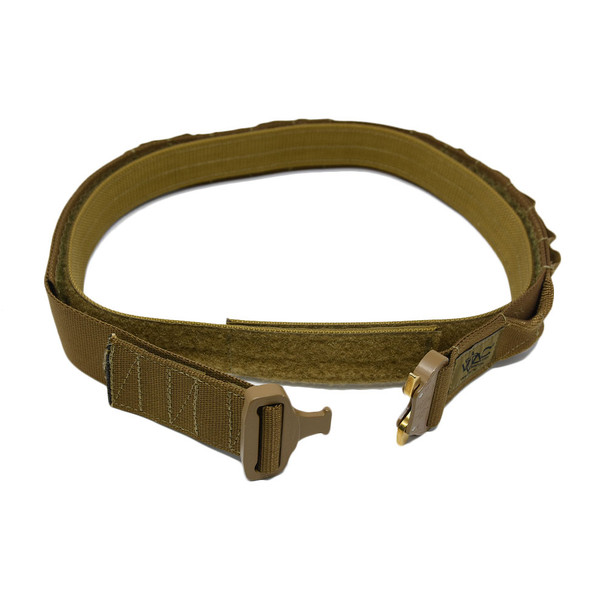 The VTAC Raze Belt (Raze is and old word for Destroy or Demolish, such as the Viking's Razed the Village) from Viking Tactics, Inc. is meant for times when you want to be light and fast. This belt is not made for excessive loads however it incorporates MOLLE and an included velcro under belt so once it's on it won't move.