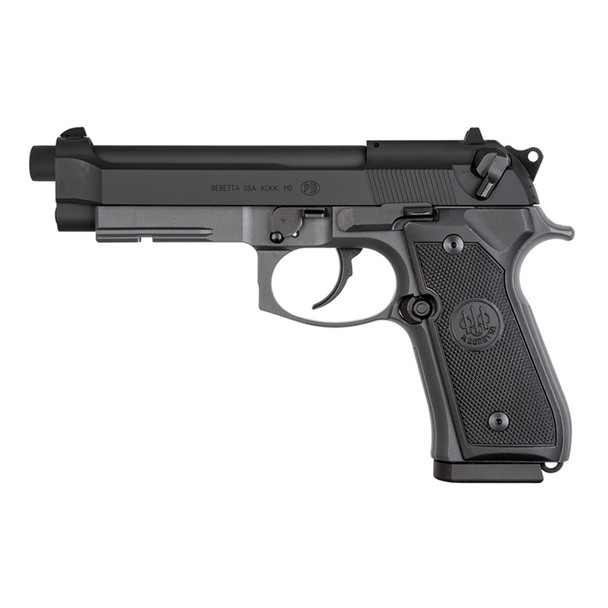 A Sniper Gray colored version of the 92FS in 22LR with the addition of an accessories rail. 22LR replicas also available for the M9, M9A1 and 92FS with mock suppressor.

The 92FSR Sniper Gray is a double/single-action semiauto pistol that employs an open-slide, short-recoil delayed locking-block system, which yields a faster cycle time and delivers exceptional accuracy and reliability. In particular, the open-slide design practically eliminates "stove-piping" and helps flawless cycling and feeding even after thousands and thousands of rounds.

This pistol offers a variety of tactical features that make it equally safe, easy to use and dependable in the holster of military personnel as well as for home or personal defense. Its reversible magazine release lets you use either hand for tactical magazine changes, while its ambidextrous safety-decocker makes it flexible for right- or left-handed persons or for shooters trying out different gripping or shooting styles.

MSRP:
Now: $22.99
$64.99
100% PolyesterWickingUV 30+Anti-MicrobialChest pockets The Kratos Vest is a must for the serious outdoor adventurer. Extremely packable and lightweight, this vest provides you with simple, reliable...