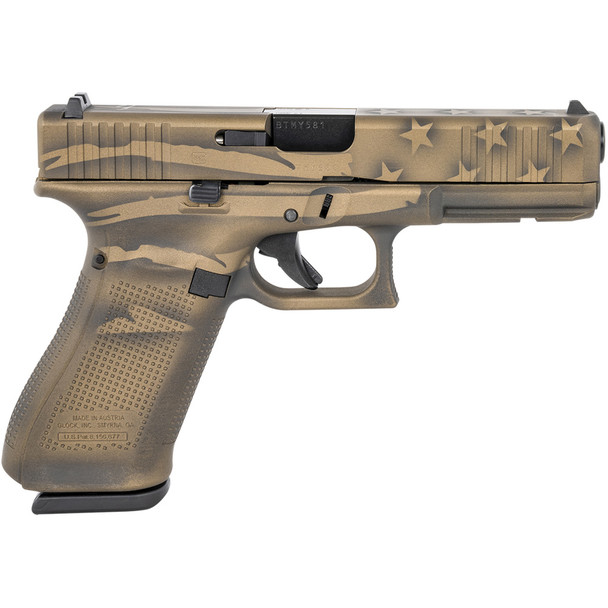 The frame design of the GLOCK 17 Gen5 removed the finger grooves for more versatility but still allows to easily customize its grip by using the different back straps. A flared mag-well and a cutout at the front of the frame give the user more speed during reloading when fractions of a second matter. A reversible enlarged magazine catch changeable at user level as well as the ambidextrous slide stop lever accommodate left and right-handed operators. The rifling and the crown of the barrel were slightly modified for increased precision.

MSRP:
Now: $650.00
4.02in BarrelFront Slide SerrationsPolymer FrameMag Loader2 BackstrapsThree 15-round magazines The GLOCK G19 Gen5 Join or Die is a semi-automatic pistol which fires the 9mm round. It has a 4.02"...