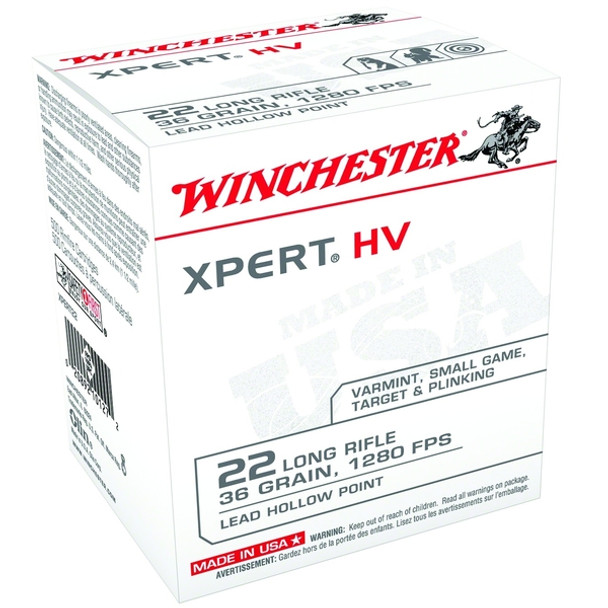 Winchester owes its humble beginnings to rimfire Ammunition. As a matter of fact, Winchester's first commercially available metallic cartridge ammunition was a large caliber rimfire load introduced back in 1866. More than 130 years later, rimfire is the world's most popular ammunition. As you would expect, Winchester has you covered with a complete line of high-performance cartridges including the undisputed heavyweight in rimfire ammunition - the 22 Winchester Magnum introduced in 1960. From precision target shooting to plinking, small-game hunting and silhouettes, Winchester is chosen by rimfire shooters worldwide.
View AllClose

MSRP:
Now: $395.00
$699.00
Designed for concealed carryPatented housing shape diverts the force of an impact away from the lensSnag-free design - Easier to carry, easier to drawTrue-color, multi-coated lensDesigned to be...

MSRP:
Now: $399.00
Glock Marksman BarrelHybrid Steel-Polymer SlideAmbidextrous Controls Once you start with perfection - you stay with perfection. The G44 is the ideal pistol to start or enhance your shooting...