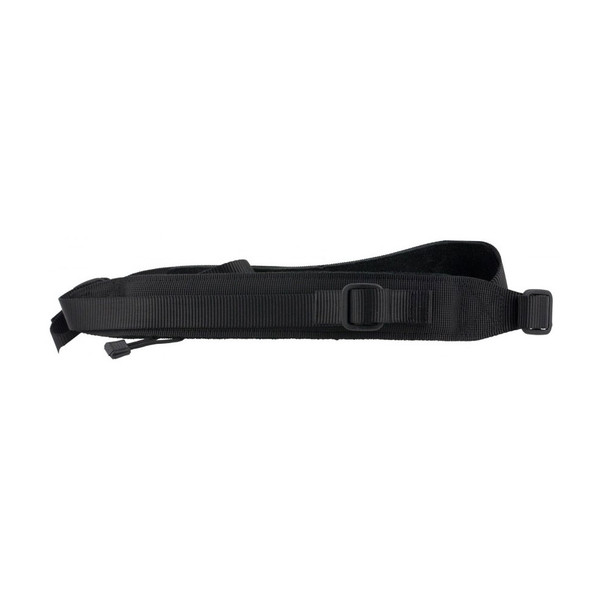 Designed in collaboration with prolific outdoor writer and hunter Richard Mann, Galco Gunleather is excited and proud to introduce the GALCO Riflemann Ambidextrous Black Sling (MAN-B). Mann came to Galco in the Spring of 2015 with a novel idea for a hunting sling. His rough prototype allowed a hunter/rifleman to use the sling in three braced positions.

The first position is the traditional "hasty" sling, as often used by the military and hunters. The second is the position originally used with Galco's Safari Ching sling, essentially a further simplified hasty sling, as preferred by many modern shooters. Lastly, Mann's original design allows the use of the more recent and modern "military" technique, where the sling wraps around the strong triceps.

Christening the new design the Riflemann Sling, Galco made several refinements to Mann's design, allowing easier and simpler use. The addition of thick padding allows very comfortable carry in the field.